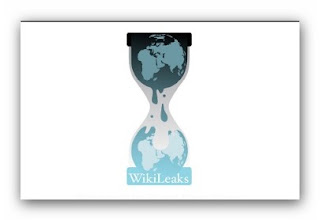 If you put water into a leaky bucket, you get wet.

Similarly, if you do not secure confidential transmissions between diplomats around the world you get leaks.

That one basic fact is what the USA is finding out today as a staggering 251,000 of its confidential memos have been published on the whistleblower website Wikileaks

Of course, the publication of the documents on the web and their subsequent revelations being reported in the media is being met with outrage by the US authorities, with one Senator demanding that Wiklileaks should be proscribed as a terrorist organisation.

We have heard the usual cries of an attack on the Freedom of Speech and a blow for democracy etc. etc.

Surely, though, it is more an embarrassment over their lack of security that has the American politicians riled.

In reality, it is the ultimate demonstration of freedom of information.

Personally, I have not been bowled over by the quality of the revelations so far and I am not the slightest bit surprised by the underhand, devious shenanigans of the American authorities which have been revealed within their private communications. I am certain they are no different from those of any other country around the globe.

If there is one thing I have learnt in my life, it is to be wary of the ‘friend’ who appears to smile too much!

You couldn’t make it up if you tried.The man who claimed to be a senior Taliban leader in Afghanistan and...