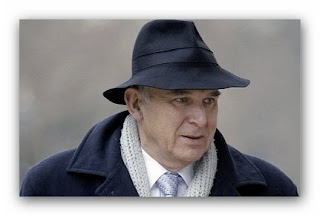 Business Secretary, Vince Cable, who has long been respected for his forthright views on the economy and his personal reservations about his party’s power sharing coalition with the Conservatives, has been caught in a ‘sting’ by two journalists from the Daily Telegraph posing as single women from his constituency.

During their recorded meeting, Mr Cable is said to have described dealing with his coalition partners as like “fighting a war” and while talking of his options said: ”They know I have nuclear weapons, but I don’t have any conventional weapons. If they push me too far then I can walk out and bring the government down and they know that.”

Mr Cable is widely known to be disillusioned with recent political events, after being embarrassed by his party’s change of policy regarding the rise in university tuition fees and the resistance of the Conservatives to force action against the banks.

His biggest ‘sin’ however, was to boast he was personally at war with the Murdoch publishing empire and he would do everything in his power to make sure it was blocked from taking control of the BskyB satellite network.

The Prime Minister and Deputy Prime Minister have now announced that Mr Cable is to be stripped of his responsibilities for any decisions regarding media and broadcasting, although he will still keep his (much reduced) business portfolio. He is said to be feeling ‘foolish’.

A statement from Downing Street stated:

“The Prime Minister is clear that Mr Cable’s comments were totally unacceptable and inappropriate.”

But then he would say that. The PM has a lot to thank Rupert Murdoch for; after all, the publishing magnate’s newspapers backed the Conservatives in the lead up to last May’s elections.

So is Mr Cable a fool?

I find it hard to believe that someone of his intelligence and experience in politics would be tricked so easily by an audience of two women he did not know and to whom he was to make such unguarded and unwise statements.

Is he a mischief maker?

Well, if he had been sacked from his role in government, he would be free to form a splinter group of Lib Dem MPs; they are known to be tired of the way the Conservatives have been using their party to absorb the public’s displeasure following the coalition’s recent policy announcements. Had he been sacked, Cable could have forced an early end to the Coalition.

Whatever he is, he has now demonstrated all is not well amongst those public smiles portrayed by the Cameron Cabinet in the media.

Leader of the Opposition, Ed Miliband has today commented that these revelations prove the coalition is just “a sham”.

Give the man a cigar! That’s something many of us have known since May!

With the release of Wikileaks founder, Julian Assange, on conditional bail, the saga continues.It is as confusing a situation now,...