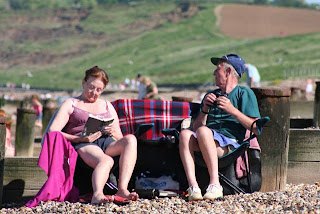 The Work and Pensions Secretary, Iain Duncan Smith, has unveiled details of his plan for reform to the welfare system.

While he is correct that the present system is ridiculously complicated and needs simplifying, he is wrong in his assumption that most people want to stay in work indefinitely.

He claims that most people want to work up until, or past, the age of seventy when what we all really want is the choice to work beyond the present retirement age and not to be forced into a longer working life.

Of course, it is convenient for members of the government to take this view, as the longer we all work, the longer we are paying taxes and the longer they can delay paying out the pension. Mismanagement of the pension pot, the increase in our expected lifespan and the larger numbers of those of us who are eligible to claim, means there is a huge black hole in said pot.

Employers, though, do not want to be forced to keep people employed at an age when they are often not as productive as they once were. Healthy business needs new blood, with new ideas and enthusiasm. Most employers will, therefore, work around any legislation by finding loopholes like misdemeanors as a method of dismissing the aged employees. This will cause understandable friction and lack of trust in what were once loyal workforces and happy companies.

If people stay working for longer, the young remain unemployed – and often on benefits – for longer. The assumption there are jobs for all is totally flawed.

So, at one end of the equation we have people paying taxes for longer, while at the other, the government are paying out benefits for longer.

With a reduction in benefits also becoming part of the reforms, it is less costly to pay young people the benefit than it is to pay retired people the state pension. It is nothing more than spreadsheet politics.

Labour MP Stephen Pound summed it up by saying:

‘Forcing people to work on indefinitely condemns young unemployed people to the dole and destroys the life chances of older people who have spent 30 or 40 years working for a productive retirement – it is pretty cruel.’

‘Perhaps if you are a hedge fund manager you do not have the same level of exhaustion as a panel beater, but most people have had enough after 40-odd years.’

Well, I am neither of the above but I definitely know when I have had enough!!

The Lame Excuse For Action In Libya

Announcing the commencement of military action against the Gadaffi regime’s refusal to capitulate to the wishes of the UN our...