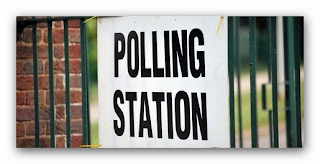 With just two weeks to go until we all rush to the polling centres to express our wishes regarding who should be making local decisions and whether we should change the voting system, I am still none the wiser.

For the local part, I don’t see a problem with the present ‘system’ as I have become used to casting my cross against the names of people who only want to listen when it’s time to be voted into office.

As to whether I should be voting in favour of the Alternative Vote I have not, as yet, been sufficiently seduced by the arguments of either side – added to which I just don’t understand the logic for change.

Just like Communism and Capitalism AV is a wonderful theory. But, like all theories, it is dependent on the vagaries of human nature.

The idea that whoever gets elected into office has to hold a majority of 50 percent of the votes is, on paper at least, a good thing. In reality though, it is flawed.

The present first past the post system means the winner is the person with the most votes. With AV we would list the candidates in order of our personal preference, and if no-one gets 50 percent, the one with the least votes gets knocked out of the competition and the others have the loser’s votes distributed between them. If no-one still has the required percentage, the same thing happens again.

Well, my initial problem is that I do not want to have to rate the candidates in order of preference; I don’t want to go into the polling booth with the possibility my vote is already being diluted into a second rate compromise. I want the one candidate who has convinced me of his/her credentials to represent me for the given term.

My second and main problem, is that even with AV working to the theory, the main criticism of the present system is still applicable. The overall winner will still not be representative of the total electorate as most who are eligible to vote are either too apathetic, too lazy or just plain disillusioned by the cupboard love shown by wannabe politicians at election time.

Until politics can be a) interesting b) trusted again, or c) we are legally obliged to make use of our vote (just as when completing the recent census) it is, for me at least, a case of ‘back to the drawing board’.

I was playing around with an idea of comparing the antics of parliament with a circus, when I came upon...