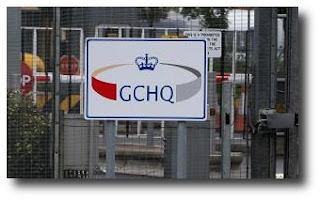 Yesterday was April Fool’s Day when traditionally the papers publish a fake story to tease the reader over something that isn’t real.

Having scoured the online editions, I thought I had found the BBC’s attempt when I read that our coalition government, who spend so much time spouting on about ‘The Big Society’ are planning to resuscitate a policy which was buried by the previous Labour government – following severe opposition – advocating the state monitoring of our internet usage and email activity.

Sadly, it was a genuine article!

Of course, it’s all because of those nasty terrorist people who cost us so much money and provide the perfect excuse for nosy intelligence agents to expand their remit.

“Today we are in danger of living in a control state. Every month over 1,000 surveillance operations are carried out. The tentacles of the state can even rifle through your bins for juicy information.”

Of course, his coalition partners, the Lib Dems, were at the same time just as vocal in their opposition to the proposal, but have since been seduced by the spoils of political prostitution.

It seems bizarre that politicians have recently been raising merry hell over a few celebs being phone-tapped by a group of tacky journos, but are not demonstrating too much outrage at a government that wants to sift through the electronic equivalent of a dirty laundry basket.

A spokesperson for the Home Office tried to justify the government’s new stance by saying:

“It is vital that police and security services are able to obtain communications data in certain circumstances to investigate serious crime and terrorism and to protect the public.”

If I was a terrorist, or a criminal, I would be insulted by the assumption I was too stupid to use avoidance tactics or encryption when communicating with others. But, we all know that in reality it is about nothing more than controlling us all through the use of fear.

Conservative David Davis, who previously ran against Cameron for the Tory Party leadership summed it up thus:

It is not focusing on terrorists or on criminals, it is absolutely everybody,”

“Historically governments have been kept out of our private lives. Our freedom and privacy has been protected by using the courts by saying ‘If you want to intercept, if you want to look at something, fine, if it is a terrorist or a criminal go and ask a magistrate and you’ll get your approval’. You shouldn’t go beyond that in a decent, civilised society but that is what is being proposed.”

It seems Cameron’s speech writers inadvertently missed a word out of his ‘Big Society’ speech. It should have read ‘Big Brother Society’

If ever there was an example of our coalition government's lack of understanding of 'real' people, it's the...